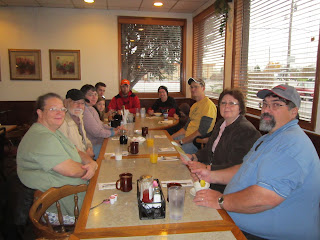 This morning we woke up early and met the family at 7:30am.  We all rode together in Black Beauty (my uncle's 15 passenger van) to get breakfast, then to the airport.  As I ate probably my last (for awhile, at least) pancake and homefries, I tried not to dwell on the fact that it could be four years before I see my family again.  We all had a good time just talking as if the inevitable was not about to happen, or at least I was. 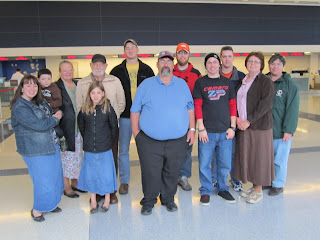 After breakfast we took some quick photos and headed off to  Harrisburg International Airport.  The airport was small so it was easy to find Delta and check in our bags.  Of course two of my bags were overweight and we had to move some things around, but it all worked out.  We still had time to stand around and chat, and continue to pretend nothing big was about to happen, or again, at least I was. 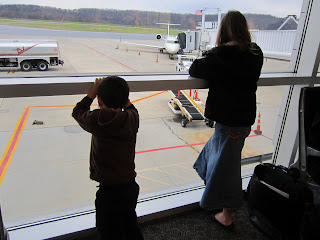 We said our good-byes and shed some tears.  Autumn was pretty upset, which made it harder for me.  She loves her Pappy, Grandma Wanda, Uncle Josh, Uncle Jason, Uncle Jeff, Grammie, PaPa, Uncle Jimmy, Aunt Amy and Aunt Joann.   We are very blessed to have such a wonderful, supportive, loving family.

They went off to the observation deck and we headed to security.  Security was a breeze and we found our gate.  When we were to begin boarding our flight they said they had some mechanical problems and would hopefully be leaving shortly. 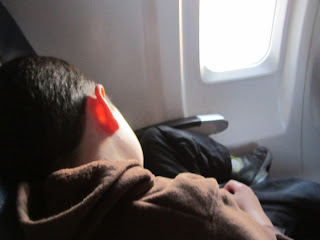 Well, four hours later our flight left Harrisburg.  My family saw a plane take off around the time ours should have taken off.  They thought it was us and headed home.  Little did they know we were still there!  But that's ok, I don't think I could've done the good-byes a second time!

Cody was so excited to finally get to ride in a plane, as we were getting ready for take off, I glanced over at him and realized he was sleeping!  He slept the entire flight from Harrisburg to Detriot. 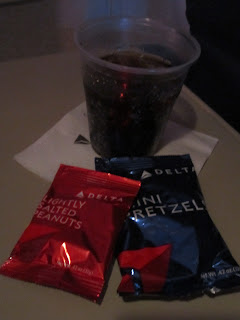 So, I enjoyed my complimentary peanuts, pretzels, and soft drink and this amazing sunset!﻿ 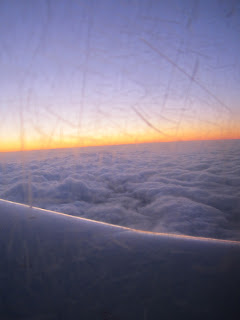 We did miss our connecting flight to Japan, but Delta put us up in a hotel in Detriot and gave us food vouchers.  Lord willing, tomorrow at 3:30pm we will be on our way to Japan for 5, nope, now 4 days, then onto Australia, our future home.  God is so good to me!
Posted by Be Thou Exalted at 2:53 PM

So happy and excited for you and your family! Lovely skies which immediately reminded me of when we take off leaving family behind back to the mission field God has for us. Praying for you as you continue your journey and arrive in Australia! God bless!

Have a great trip there! Love you.